Much of what we hear around us are complaints.  The guy in front of me is a crummy driver, my coworker is too slow in getting the report to me, she doesn’t listen, it’s too hot, it’s too cold, I can’t get data in time…you’ve heard all this and more. Ugh!  Language of complaint is just…ugly. 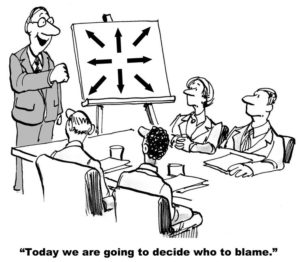 Language of complaint is a bringer of death to any initiative.  It puts into question people’s efforts, the direction the group is headed, past decisions, and even one another.  Sometimes complaint is accusingly or snidely disguised as a question: “Why didn’t you…?”  In some organizations, complaint is the primary language spoken and written.  I’ve heard it.

Why do people complain so much?  Mostly because it so easy. Complaining is pointing out what is wrong – from the smallest imperfection to the repeated problem.  When listening to a symphony or looking at a piece of art, it would take little effort to point out a flaw.  Some people complain as a way to throw other people off – better to complain that so-and-so didn’t finish to throw attention elsewhere if my own work is substandard.  Here’s the thing about complaint – it’s almost always useless.

Dare yourself to listen to your own language – and how even an evolved leader can have complaint sneak in.  Then, recommit to using language of commitment.

Language of Complaint versus Commitment