Power is a difficult topic for most.  There are prevailing attitudes that power is not 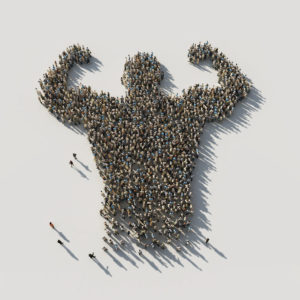 something spoken openly.  Oftentimes, the word is associated with the misuse or abuse of power, such as a boss or community leader who took advantage of other people, or the personal history of being manipulated by someone in power.

Power in the hands of people doing good is, well, good.  It is this moral identity that become more important than power.  The degree to which being seen as a moral or “good” person predicts moral action.  A moral compass defines how power is used.  An individual’s orientation creates a moral compass, but communities and organization do influence how individuals interpret moral behavior.  How power is applied affects how people interpret it, and how well they respond to it over time.  There are many applications of power:

The applications at the top of the list, such as destructive or coercive, have the ability to produce quick results, like it or not.  But they also reflect a weaker position and will be labelled as an abuse of power by others.  As you move down the list, two things happen: the willingness to take on more accountability, and the way in which power has greater leverage to become more self-generative.

Power need not be a zero-sum game.  My power is not lessened as yours is amplified.